In a few words, I’m mostly introvert, straightforward, I like to understand the why, I’m pretty demanding with myself, I always try to step up my game in anything I do, and I wish that we, humans, would stop causing havoc to all the things in our surroundings.

I began working as a Character Rigger/TD on VFX and animation movies back in 2005.[1] In CG, rigging is the process of transforming 3D digital sculptures of creatures or objects into puppets that animators can then put into motion. 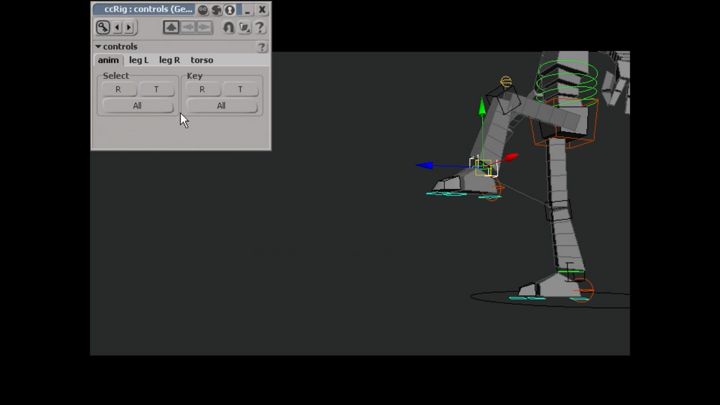 I’ve been fortunate enough to fulfil what was a kid’s objective when working for award-winning VFX companies such as Animal Logic and Weta Digital. Those two have been responsible for the visuals behind the movies The Lego Movie, Lord of the Rings, King Kong, Avatar, Rise of the Planet of the Apes, and much more.

Getting there wasn’t easy, it took me a great deal of work and perseverance. If you’re curious about the full story, here’s How I Got to Work in the Visual Effects Industry.

More recently, I started to grow a liking to creating effects using SideFX’s Houdini and am currently experimenting with it.

Reluctant towards programming before getting my hands on it, I finally dug into a first language over 10 years ago when I realised that it could play a central role in my daily job. It has become since then an always growing interest.

I mostly rely on the Python language to automatize tasks, design workflows, or build tools, and on the C++ language when performance becomes a priority.

I also dedicate a fair bit of my spare time to working on personal projects related to programming. It’s just fun to do and I can’t help wanting to explore new areas.

Once upon a time I wasn’t very fond of photography in general. But when a friend showed me his vintage camera and the nice, warm, pictures that he shot, I thought that it’d be a great way for me to capture friends or people that I’d met on the road. 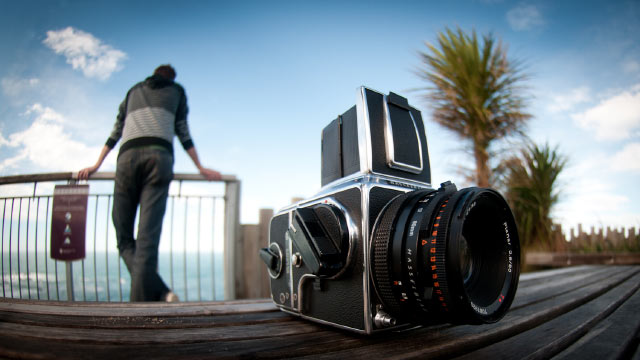 But I didn’t stop there. After a few more travels and witnessing beautiful landscapes that wouldn’t fit in a square format, I decided to gear up with a panoramic camera—the Hasselblad XPan.

I now had a perfect portrait/landscape combo but alas an heavy and spacious one too. For the needs of my long-term globe trotting experiences, I opted to travel in a minimalist fashion, to travel light. This led me to switch to the digital world by picking a FUJIFILM X100S.

As of today, I’m still not that fond of photography but I do value capturing these moments that are special to me, and I try my best to get a beautiful picture out of them. I also take this opportunity to share my shots on the Internet and have even taken the stand to release all of my photos under the permissive CC Attribution license, for anyone to use them freely.

Where some critics can only manage to associate games with violence, I think of gaming as an accessible medium for people willing to take part to a competitive environment, similar to what other sports can offer.

I have played Counter-Strike, a popular fast-paced FPS, for around 5 years and took part to some online and LAN competitions. At that time I didn’t fully grasp that developing the motor skills to reach the fastest reaction times while maintaining the highest level of accuracy was only the beginning.

On a personal level, not only continuous training is required to keep the skill factor at the highest level, but one’s mind also needs to be sharpened to better predict the opponent’s next move, to remain collected in stressful situations, and to quickly decide on the best next course of actions using the continuous flow of information.

But Counter-Strike is also a team-based game, meaning that team play is paramount to achieve great performances. This translates into a certain team alchemy that needs to be developed over time through a recipe including communication, adaptability, trust, humility, discipline, composure, and many other ingredients. A fragile equilibrium that often leads to an uncertain state whenever results don’t meet expectations and that requires a great leader to maintain the team’s cohesion.[2]

As a semi-professional,[3] and even though there weren’t tournaments with multi-million dollar prize pools back then,[4] I thoroughly enjoyed taking part to such a demanding, challenging, and exciting environment where a couple of millimetres off or a team effort desynchronised by a few milliseconds can change a beautiful play into an edge given to the opponent and causing a loss. 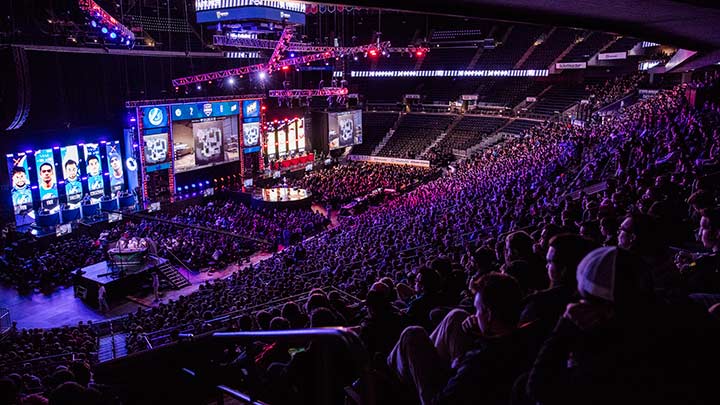 Nowadays I still appreciate watching major tournaments and casually play some games that have a competitive setting.

Working in the VFX industry often rhymes with being a nomad when I initially didn’t have much of a traveller’s soul. It’s at the age of 22 that I finally went outside my home country France to discover London in the U.K. then Germany. The experience was truly eye opening and the cultural difference got me excited.

I wanted some more and decided to apply for jobs overseas. That’s how I went to live in Australia then New Zealand for a total of 4 years. 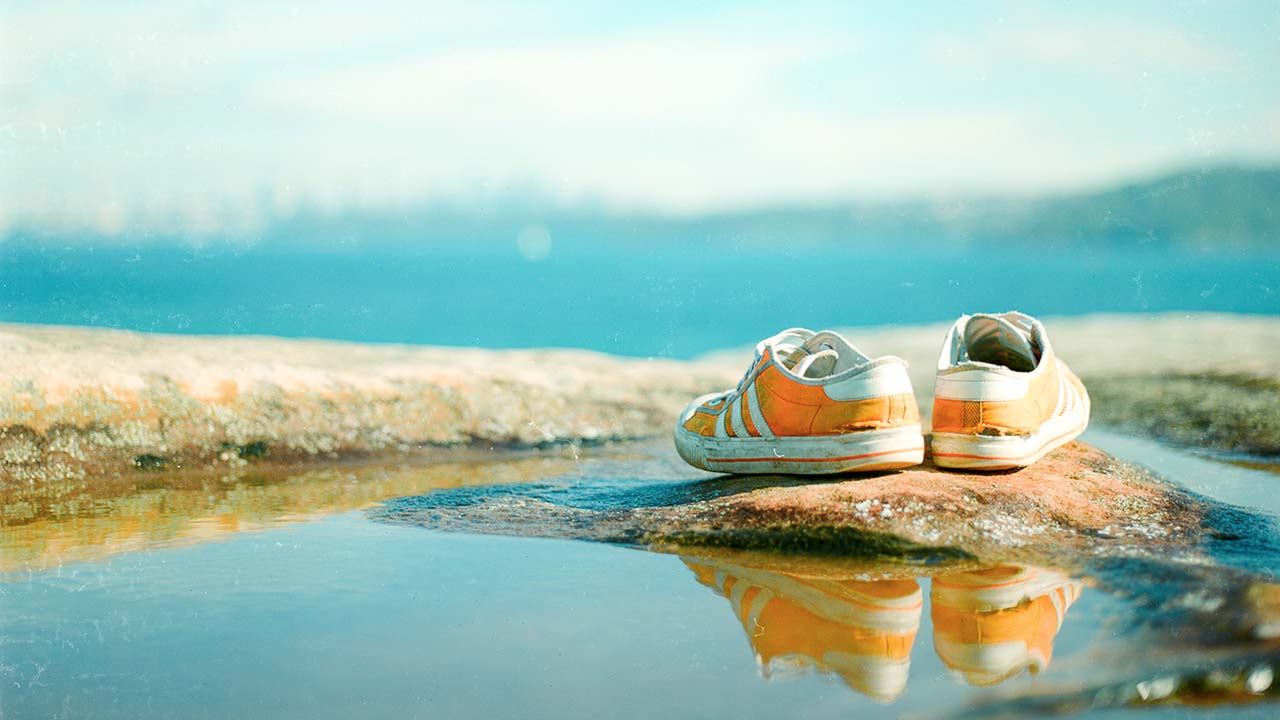 I kept travelling more often to the point of taking a break from work in mid-2013 to become a full-time globe trotter. I started by visiting a few countries in Europe, then went on a 10-month trip in Latin America that took me through Guatemala, Costa Rica, Peru, Bolivia, Paraguay, Argentina, and Chile, and am now staying in Vietnam, a central location in South-East Asia allowing me to not only enjoy the local street food but also to easily visit nearby countries such as Malaysia, Thailand, Cambodia, Taiwan, and India.

This adventure has been a great chance for me to explore more countries at an enjoyable pace, without any time constraint—but the one of having my ass getting kicked out due to visas expirations.

Each and every page on this site is guaranteed 100% fat-free, that is no Google Analytics and no embedded third-party services with their hidden trackers.[5] In fact there isn’t even any JavaScript at all! Just plain static HTML, CSS, self-hosted fonts, and media files.

It is built using a static site generator that I developed, eddi, and its default theme.

The original photo for my profile picture was shot by Hien Luong Nguyen.

Other medias with no explicit credit are either my own work, or fall into the “fair use” category.