I am not sharing this story to show-off anything whatsoever. Hell, in fact I consider career achievements as fairly meaningless in one (hu)man’s life. But if we gotta do a job every day, then it’s still better to do one we like, right? So all I’m hoping to achieve here is to bring a bit of hope to the ones still seeking for that cool job. Because I’ve been there before, and it didn’t look so promising. 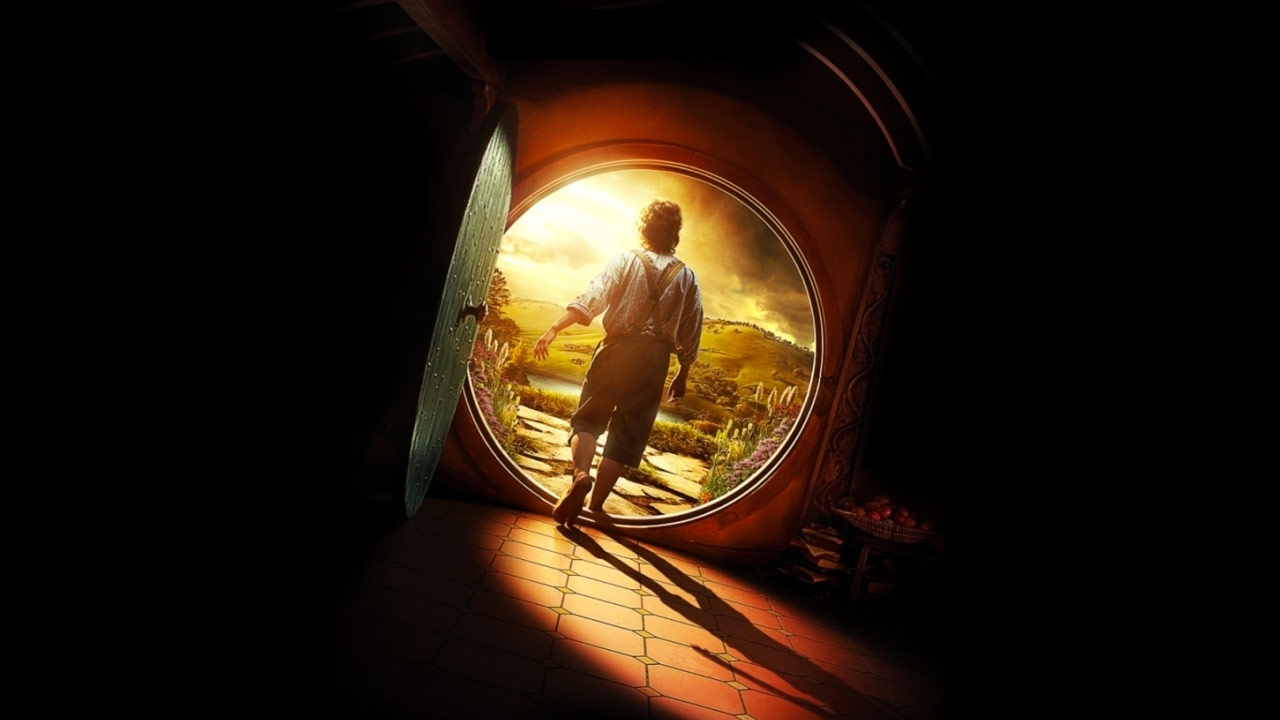 It all started back when I was a kid with my parents often shopping at the same hypermarket. It had a shelf with many computers on display that we could try out and that’s exactly what I would do. Trying them out, every single time.

I did spend many sessions like that, trying to figure out the purpose of the files found on C:\ or to beat the Solitaire and other Minesweeper games.

My interest not fading away over the years, I eventually got my first own personal computer at 14.

At that time, I was away in the beautiful backcountry of France for the summer break while my brand new computer was awaiting for me back home. But I was already proactive, I was getting ready for it.

Surrounded with cows, sheep, chickens, and the mixed smell of their excrement—which I now associate with the great feeling of being in the nature—, I read a book on how to use Windows 95 like a pro.

The computer bug, I had it. I knew that’s what I wanted to do for a living with the exception of being a developer because it looked boring.[1]

As for the visual effects part, I was fascinated with what I was watching on TV and knew that it was all made on computers, somehow.

Soon after finally meeting with my computer, I started to mess around with 3D softwares and immediately thought that it would be the dream job for me.

However I was way behind those guys sharing their work on Internet forums. They were good, really good. But most of them didn’t have any job, so how would I?

I decided to not give up just yet. After graduating from high school, I applied for a 3D school in Paris. I travelled there, took part to the entry test, and... failed it. It wasn’t even a school with much recognition. No, it was a very accessible one, an easy bet. And I had failed its entry test nonetheless...

I felt miserable. At this point, I thought it was game over.

So I went for the kind of job that you do when you don’t know what else to do with your life. It was so terrible that it was almost scary. I was wasting my time, I was getting more stupid by the day, everything seemed to be pointless and I was being dragged down.

But it was exactly what I needed.

I got back into teaching myself some more modelling, texturing and rendering until the day where I stumbled upon an article on the French online magazine 3DVF. It was an interview of the makers of The Magic Roundabout movie and I knew one of those guys: Frédéric Bonometti.

6 years earlier, he very kindly taught me by email how to animate a bouncing ball and we did lose contact after that. But he was now an animation and rigging supervisor working back in my hometown Marseille!

I emailed him and he remembered me. As a true passionate, he once again did a very kind gesture, this time by inviting me to his work to give me a sneak peek in person of the behind the scenes.

I couldn’t refuse that opportunity. The moment when he showed me how he could move a cartoony dog around with the controllers that he created was probably the most fascinating thing that I’ve ever seen back then. I finally found my vocation, I wanted to become a character rigger! 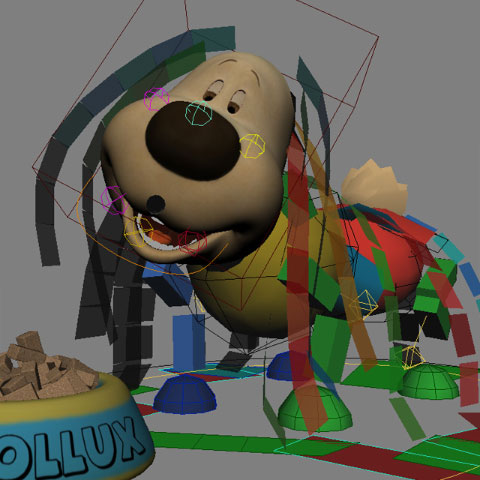 After a couple of weeks spent home trying to redo what I just witnessed, Frédéric sent me a rigging exercise that I quickly resolved.

Without knowing it, it was an entry test that would lead me to step into the film industry as an intern in his company Action Synthèse.

I was 19. I had no diplomas nor any experience to help me landing a job in the industry. I already almost gave up on pursuing this carreer because of the difficulty to get in. And I didn’t know if such an opportunity would ever show up again. This was my chance, my one shot. I had to give it all, I was utterly motivated! 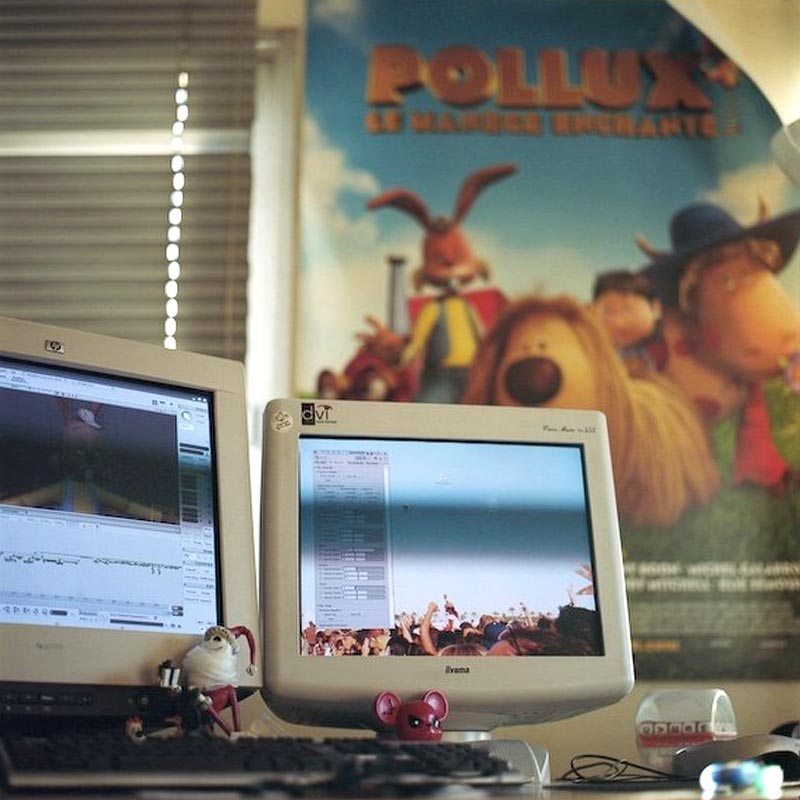 Breaking one of their computers during my first week there didn’t stop them from all being a truly awesome bunch of people with me.

Unlike many companies that are exploiting their interns, they made it clear since the beginning that I was there solely to learn, not to work on their projects for free. They kept their words.

Driven by their passion and their good will, they shared all their knowledge with me. Always with a smile, a great attitude and encouraging words, while never expecting anything back from me. I learned a lot. They became my best friends too.

Still today, I keep thinking that I have no idea what I would be doing if I hadn’t met Frédéric and those guys. I’m feeling immensely grateful and lucky.

But I also worked hard.

I’m never satisfied. I need to continuously extend my knowledge. I always question the status quo—especially regarding my own work. I need to go beyond what’s already existing, I want to improve things, I want to keep exploring and experimenting new ideas.

In other words, I need challenge. And if I don’t know how to tackle one of them, that’s when the fun starts. I’ll research how to get there, learning tons of interesting satellite concepts in the process. A bit like when you can’t help yourself clicking on every link found on Wikipedia to answer a question that you already forgot.

There’s no need for a school to learn or to reach your objectives. A big pool of resources like the Internet and knowledgeable people to help you getting unstuck are plenty enough.

This whole attitude eventually got me hired at Action Synthèse as a character rigger and developer for a TV series.

After a few years spent working there plus a short experience in Paris, and despite of all my hard work, I still felt unconfident about my skill set.

I couldn’t help thinking of the cutting edge companies out there that were redefining the standards, pushing the limits further away, bringing always more life into each pixel. They had to be filled with godlike superhumans. It had to be out of reach for someone like me.

But I wanted to travel a bit and decided to try my luck anyways.

Thanks to our great education system in France, most of us still can’t converse in English even after 7 years of learning at school. I was one of them when I landed my first job interview ever. It was on the phone with Animal Logic, at 6 a.m.—time difference oblige—, I was sick as hell, and it was of course in English.

I’ve never been as stressed out as I was that time but it worked out somehow and that’s how I ended up working on the other side of the world, in Sydney, Australia.

Less than 2 years later, after finally building up a bit of confidence, I decided to go once again for the impossible and it went pretty well too. At 26 years old, I was fulfilling my initial objective to work with those guys who made movies such as Lord of the Rings, King Kong, and Avatar possible. I was working at Weta Digital in Wellington, New Zealand. 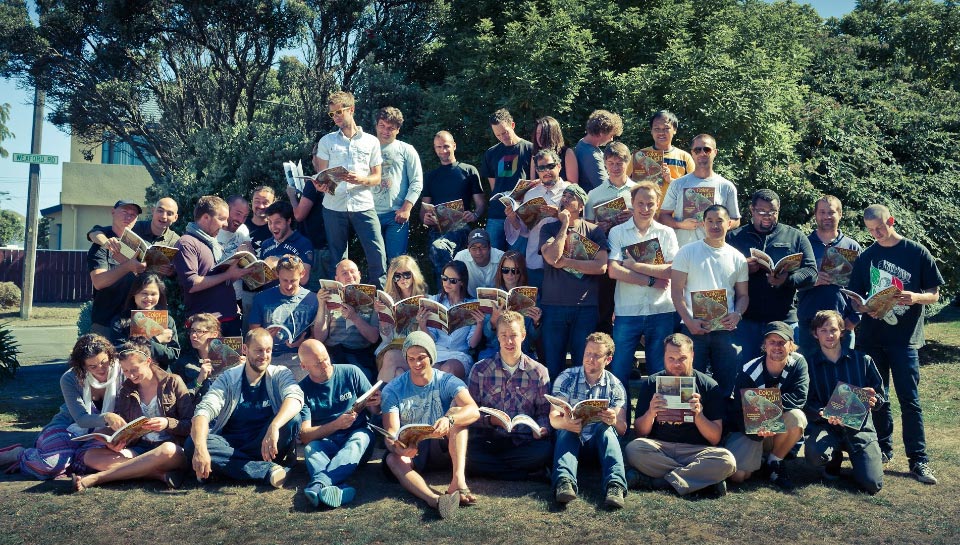 where is Charlie?credit: Julian Butler (with permission)

I’m not so much of an artist myself but I can now proudly say that I’ve started from nothing to end up working with the most talented artists in the industry. Something that no one—especially not myself—would have thought possible only a few years before, when I was lost.

My grandfather often told me when I was a kid: when you have something in the head, you don’t have it in the ass. Another way of saying it is that I am stubborn and persistent. I wanted to work on those blockbusters, so I grabbed my chance when it came up and kept going from there.

I’m not any more special than you. At the end of the day we’re all good at doing what we enjoy doing. Your dream job is just one step away from there. Motivation, persistence, and patience are all you need.