A while ago I did simulate a flame in Houdini based on a video reference that had a lot of character to it (see below), to the point where it almost produced a stroboscopic effect.

I was happy with the result that I obtained but alas I could not share the scene because I lost the definition of some custom digital assets that I was using. Rejoy as I have recreated it from scratch! 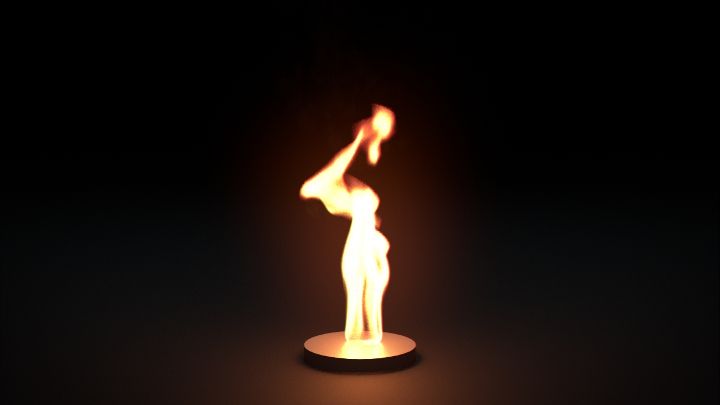 The effect is pretty simple to achieve. The only tricks are to provide a pulsatile temperature source but also to find a good balance between the pyro solver's shredding, which brings some of the character out but shorten the flame's height, and the buoyancy plus temperature multiplier combo. Too much of shredding and the motion becomes too frenetic, and not enough temperature/buoyancy and the flame becomes too short.

This file contains a scene created with SideFX’s Houdini 16.5 as well as any required asset.